Kramer Photography: Standing the Test of Time in Downtown Palatine

Adrenaline Sports Management: Healthy Fun at Themed 5K’s, Half Marathons Locally and Across the County 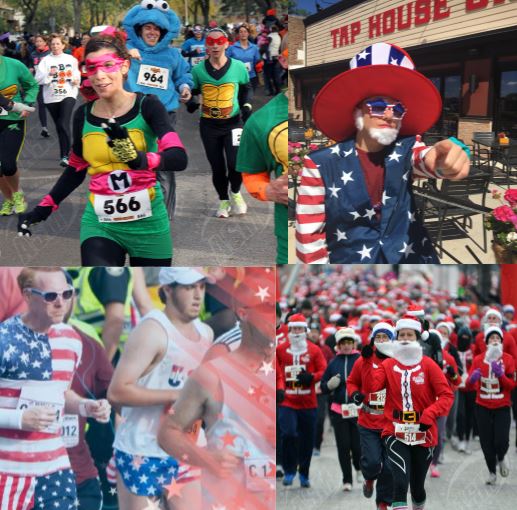 Since 2004, Adrenaline Sports Management (ASM), based in downtown Palatine, has grown into a highly reputable race industry contender. By the end of 2017, ASM will have produced 14 races that are owned by the company, and managed eight others. ASM races are held in Palatine, Chicago, and across the country.

The racing industry is a competitive one, according to ASM founder Aaron Del Mar, who says that fact is one of the reasons his company ultimately found success.

“If you’re going to survive in this industry, you need to distinguish yourself,” Del Mar said. “We’ve created a niche market that takes a healthy activity and [also] turns it into a unique, social experience that all ages can enjoy and participate in.”

So, what makes ASM’s events, unique, ‘niche’ events?
All of the 5K’s and half marathons created and produced by ASM have a special theme – and each of them has a charitable cause that they benefit. Below is a list of the upcoming local events in the Chicagoland area.

For a listing of all the ASM events this year, in addition to volunteer, charity beneficiary and sponsorship opportunities, please visit http://www.adrenalinesportsman… or call 847-829-4536.