New Year, New Resolutions to Get Back into Shape After the Holidays

Adrenaline Sports Management: Healthy Fun at Themed 5K’s, Half Marathons Locally and Across the County

Kramer Photography: Standing the Test of Time in Downtown Palatine 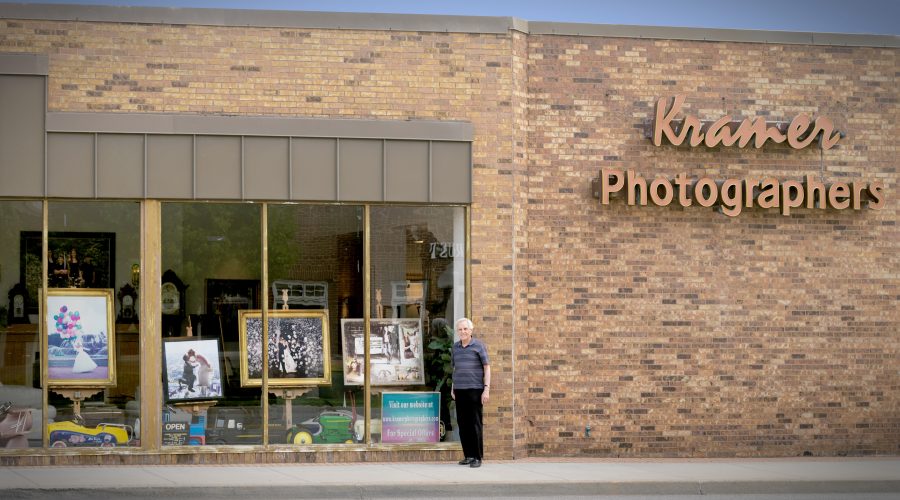 Kramer Photographers have been creating photographic keepsakes for area residents for nearly 40 years in downtown Palatine. Founder, Bob Kramer has been fortunate to translate his passion for photography into a thriving business that has truly stood the test of time.

As a high school student in the late 1960’s, Kramer was drawn to photography far before founding his business in Palatine in 1979. He started snapping pictures (free of charge) for the Loyola University Ramblers basketball team, cross country and swim teams, simply because he enjoyed it. His father worked at the university as an accountant.

Kramer went on to attend Loyola, where he had his first paid job at the ‘Hall of Fame Dinner’. He busily worked the room to ensure he got all the best shots for the yearbook, and when he presented the bill for his services, the athletic director’s response was, “We can’t pay these prices!”

Instead, the athletic director insisted that the college triple the bill compared to what the invoice said, because he was so happy with the final product. Kramer then realized it might be possible to make a living with photography, at least some day.

Though he had realized his passion, there were no photography courses available at the university. He found a film study class, and though it was full, he persuaded the instructor to ‘squeeze’ him in.

“He put me to the test; I actually ended up teaching portions of the class throughout the semester,” Kramer said. “When you’re passionate about something, things just seem to come easier.”

A First and Second Career

Though his desire was always to make photography a career, by the time he graduated from college, Kramer was married with a young son, with another child on the way. He received a degree in accounting just like his father, but after his first job as an accountant, he realized the career just wasn’t for him.

He was then hired by the Chicago Fire Department through a federal grant as the assistant director for public relations. He was living in Chicago, but moved to Palatine when one of his sons was diagnosed with encephalitis and needed special education classes. He said Palatine was then known for strong schools, and exceptional special education programs.

Kramer never forgot his passion, though, and photographed weddings on weekends all the while working his 9-5 job. When the federal grant ran out, residency requirements (to live in the city of Chicago) were instated. Kramer chose to remain in Palatine due to his son’s special needs.

It was at this time that he hit the proverbial ‘fork in the road’ in regard to his career. The year was 1979.

Kramer started working out of his house, and then in 1980, he rented a space at 160 N. Northwest Highway (currently Casey’s Automotive) until five years later, he bought a building at 17 E. Palatine Road, at the intersection near Plum Grove Road.

Business began to boom, and after several years and hiring a dozen or so employees, Kramer Photographers outgrew the space and moved to its present location in 1993, which is the former Hanson’s True Value, at 101 W. Palatine Road. The more than 10,000 square foot space is at the southwest corner of Palatine Road and Brockway Street in downtown Palatine.

Over the years, Kramer was also chosen to teach at the prestigious School of Professional Photography, more than any photographer in the country.

A Familiar Name from the Past

Apparently, there was more than one ‘Kramer’ photographer in Palatine over the last 150 years. In early 2000, a customer brought in an old photo for retouching and copies, and in the corner of the photograph it said ‘Kramer from Palatine, Illinois’.

The original photograph was obtained by [Bob] Kramer, which was from the late 1880’s, and was indeed, from another professional photographer by the name of Kramer who operated in Palatine more than a century ago. The Professional Photographers of America had this man with the last name of Kramer down as a member of the organization since 1907, while Bob Kramer has been a member since 1970. A somewhat strange, but interesting coincidence.

Reflecting Over the Years

Kramer comments that technology has changed the photography industry dramatically. The majority of his early jobs consisted of weddings – with more than 6,000 shot during the life of the business. Now, the business is primarily focused on children, family, and individual portraits, in addition to weddings and small commercial photography jobs.

What makes the service so specialized, is the extensive use of lighting, the variety of posing and an ample supply of props from the late 1800’s to today which help to set the stage and the ‘feeling’ of the portraits, Kramer said.

He added that creating a relationship with the people they are photographing, in part through a pre-portrait consultation, helps his team to truly understand what their clients are looking for in the end result.

“We help them design a special portrait that is unique to their specific needs,” Kramer said.

Kramer Photographers handles photo processing and printing in-house, so they are able to ensure there are no unwanted copies made, as well as controlling the quality they provide. Clients can order photo sizes anywhere from a wallet, to 2.5 x 3.5 to a 40 x 60 print. A wide variety of frames are also featured in the large showroom.

“Many times, the pictures we take are of a milestone time or event for a family; when babies are born, weddings, anniversaries, loved ones who are getting older or are sick,” Kramer said. “We provide a fun and upbeat experience, and an opportunity to capture a moment in time for families to cherish for generations.”

Kramer Photographers has locations in downtown Palatine, Naperville and St. Charles. For more information, visit the business website at http://www.kramerphotographers.com/ or call 847-934-8860.